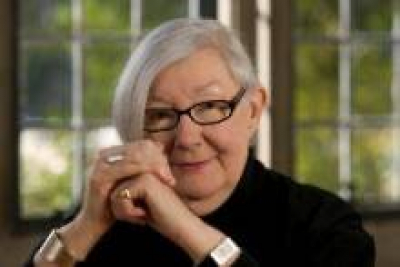 Elizabeth A. Clark, 82, the John Carlisle Kilgo Professor Emerita of Religion and Professor of History at Duke University, passed away Sept 7, at Duke Hospital.  Liz was an eminent scholar of Late Antiquity and early Christian history. Her work has been crucial to transforming the field formerly known as “patristics” — the study of the church fathers — into “early Christian studies,” an approach that applies cultural, social and feminist theory to the study of early Christianity.

Her scholarship and service to the academy made significant contributions to our understanding of the roles of women in antiquity and early Christianity, east and west; the study of gender and sexuality; and the history of Religious Studies in American higher education.  Liz had worked at Duke for 40 years.

Professor Clark was born in 1938 in Port Chester, New York.  She received her PhD from Columbia in 1960.  In 1964, she joined the faculty of Mary Washington College of the University of Virginia (now the University of Mary Washington), where she established the first religion program at the college.  She is survived by sister and a niece. Liz also leaves behind a multitude of graduate students whose lives were changed by her teaching and mentoring.

At Duke, Clark began to build the programs that have made Duke a vibrant hub for the study of late antiquity. She founded the Center for Late Ancient Studies and the reading groups LASRG (the Late Ancient Studies Reading Group) and “Religion, Culture, and Theory,” fostering rich conversations across what were at the time emerging inter-disciplinary fields of study. She also mentored countless doctoral students, many of whom are now significant scholars in their own right.

Throughout her career, Clark has been a strong advocate for women in the academy. Her efforts increased the presence of women in leadership positions and contributed to making Duke a trailblazer in Women’s Studies.

Donations in Liz's memory can be made to Planned Parenthood (https://www.plannedparenthood.org) or to the Elizabeth A. Clark Center for Late Ancient Studies at Duke University (https://sites.duke.edu/clas/).