Alaina Morgan is Assistant Professor in the Department of History at USC. Trained as a historian of the African Diaspora, Professor Morgan's research focuses on the historic utility of religion, in particular Islam, in racial liberation and anti-colonial movements of the mid- to late-twentieth century Atlantic world. As part of a body of work of intellectual, political, and religious history, Professor Morgan research teases out the connections between religious identity and racial formation, intellectual discourse and grassroots activism, and local and global politics.

Her first book, tentatively entitled Atlantic Crescent: Dreaming of Black Muslim Liberation in the Contemporary Atlantic World, considers the ways that Islam and Blackness were used by Muslims and non-Muslims in the United States, the United Kingdom and the Anglophone Caribbean to form the basis of transnational anti-colonial and anti-imperial political movements from the end of World War II to the end of the twentieth century. This book investigates the varying ways that Muslims of African descent thought of colonialism and imperialism - focusing at various times on European colonization; American neo-imperialism in Latin America, the Middle East, and the Caribbean; and on the idea of the urban inner city as a colonized and occupied space.

END_OF_DOCUMENT_TOKEN_TO_BE_REPLACED 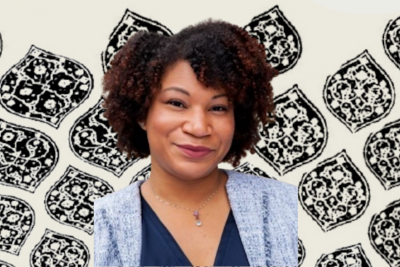