How to Fight Antisemitism (Rescheduled from March 2020)

(Rescheduled from March 2020) Bari Weiss comes to Duke to discuss her book "How to Fight Antisemitism."

Please RSVP for this event at the following:
https://duke.qualtrics.com/jfe/form/SV_eY9CN4UlDr4aNyl

For most Americans, the massacre at Tree of Life, the synagogue where Bari Weiss became a bat mitzvah, came as a total shock. But anti-Semitism is the oldest hatred, commonplace across the Middle East and on the rise for years in Europe. So that terrible morning in Pittsburgh raised a question Americans can no longer avoid: Could it happen here?

No longer the exclusive province of the far right, the far left, and assorted religious bigots, anti-Semitism now finds a home in identity politics and the reaction against identity politics, in the renewal of America First isolationism and the rise of one-world socialism, and in the spread of Islamist ideas into unlikely places. A hatred that was, until recently, reliably taboo, anti-Semitism is migrating toward the mainstream, amplified by social media and a culture of conspiracy that threatens us all.

From 2017 until 2020, Bari Weiss was a staff writer and editor for the Opinion section of The New York Times. Before joining the Times, Ms. Weiss was an op-ed editor at the Wall Street Journal and an associate book review editor there. For two years, she was a senior editor at Tablet, the online magazine of Jewish news, politics, and culture, where she edited the site's political and news coverage. She regularly appears on shows like The View, Morning Joe and Real Time with Bill Maher.

Ms. Weiss is a proud Pittsburgh native and a graduate of Columbia University. She is the winner of the Reason Foundation's 2018 Bastiat Prize, which annually honors writing that "best demonstrates the importance of freedom with originality, wit, and eloquence."

A limited reception and book signing will follow this event.

END_OF_DOCUMENT_TOKEN_TO_BE_REPLACED 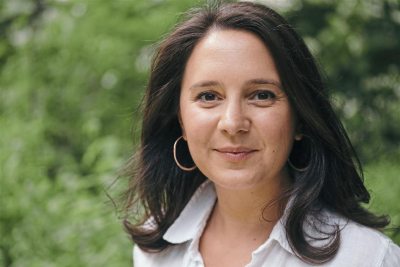