The Duke Center for Jewish Studies and Jewish Life at Duke are proud to welcome best-selling author, Dara Horn to Duke for a conversation about her book People Love Dead Jews: Reports from a Haunted Present (Norton 2021).

This event is free and open to the public, no registration or ticket required.

Dara Horn is the award-winning author of six books, including the novels In the Image (Norton 2002), The World to Come (Norton 2006), All Other Nights (Norton 2009), A Guide for the Perplexed (Norton 2013), and Eternal Life (Norton 2018), and the essay collection People Love Dead Jews: Reports from a Haunted Present (Norton 2021). One of Granta magazine's Best Young American Novelists (2007), she is the recipient of two National Jewish Book Awards, the Edward Lewis Wallant Award, the Harold U. Ribalow Award, and the Reform Judaism Fiction Prize, and she was a finalist for the Wingate Prize, the Simpson Family Literary Prize, and the Carnegie Medal for Excellence in Fiction. Her books have been selected as New York Times Notable Books, Booklist's 25 Best Books of the Decade, and San Francisco Chronicle's Best Books of the Year, and have been translated into eleven languages. Her nonfiction work has appeared in The New York Times, The Wall Street Journal, The Washington Post, The Atlantic, Smithsonian Magazine, and The Jewish Review of Books, among many other publications, and she is a regular columnist for Tablet Magazine.

Horn received her doctorate in comparative literature from Harvard University, studying Yiddish and Hebrew. She has taught courses in these subjects at Sarah Lawrence College and Yeshiva University, and held the Gerald Weinstock Visiting Professorship in Jewish Studies at Harvard. She has lectured for audiences in hundreds of venues throughout North America, Israel, and Australia. She lives in New Jersey with her husband and four children.

A book signing and public reception will follow this event. Free parking is offered in the Science Drive Garage, adjacent to the JB Duke Hotel. 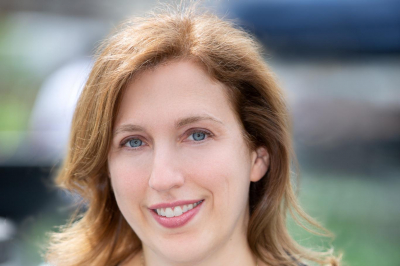